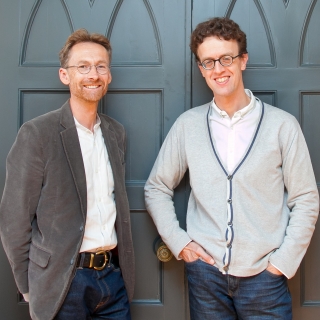 Simon has been in the book trade since 1998. After a dozen years working for Bernard Quaritch and Simon Finch Rare Books, he set up on his own in 2010, specialising in European (cross-)cultural history. His catalogues have won seven design awards on both sides of the Atlantic. In 2011 the ABA described him as ‘a dealer to watch’ and in 2012 he was included among the winners of the Smarta 100 Awards for ‘the most resourceful, original, exciting small businesses in the UK’. He currently sits on the council of the Bibliographical Society.

Justin has been in the rare book trade for 30 years. He joined the book department of Phillips auctioneers in London as a porter in 1991, later working with Simon Finch Rare Books, before establishing his own firm in 2005. He specialises in rare and unique books and manuscripts, with an emphasis on French books and the visual arts. He is a contributor to the BBC’s Antiques Roadshow and is on the editorial board of The Book Collector. He holds a PhD in medieval manuscript history. 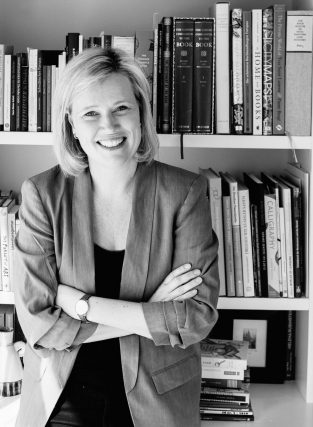 Angelika Elstner, born and raised in Germany, has been involved in the book world ever since leaving school. After her A-levels, she trained as a librarian in her hometown Dresden and later finished a MSc in Printing and Publishing at the Stuttgart Hochschule für Druck und Medien.

Always interested in combining her professional background with experiencing different cultures and countries, she studied in Vienna and at the Paris Sorbonne University for a semester each and worked for two years for the German academic publisher Springer Science + Business Media at their Paris office. Following this she worked for two years at Pearson Education in Switzerland where she was responsible for academic sales of English, French and German textbooks to Swiss universities. She then moved to South Africa where she worked on a project for the Frankfurt Book Fair, project-managing the set-up of an African satellite fair in Cape Town in 2006 and later becoming Marketing Manager of the event. Through her work for a leading art & antiques fair a few years later in London, Angelika became familiar with the rare book trade in the UK via the Antiquarian Booksellers Association (UK) who eventually employed her in 2009 as Marketing Manager for the London fairs.

Following her work in London, she took a variety of consultancies while raising a small child. In 2016, Angelika was employed by the International League of Antiquarian Booksellers (ILAB), first as PR and Marketing Officer in 2016 and in 2018 in her current position of Executive Secretary, full-filling both roles.

Angelika's background of combining commerce, events, rare books and art were the perfect grounding for her current position with ILAB. To this day, these aspects of her work continue to fascinate, challenge and inspire her.

Every day she finds she draws on this knowledge in her promotional work of the worldwide rare book trade.

Today Angelika calls London and Cape Town her homes, and travels regularly if no pandemic throws a curve ball in the way!

Learn about the antiquarian book trade from the best booksellers and librarians in the country. 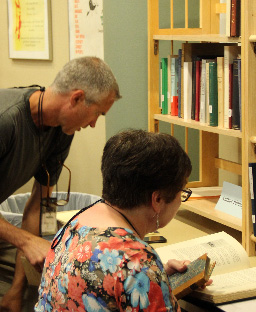 Reference Tools for the Book Trade